What Is a Michigan Train?

Although we won’t blame you for thinking a Michigan Train is a type of train that rolls across the Great Lake State on steel tracks (we made that mistake at first, too) we’re here to debunk that myth.

In fact, a Michigan Train is a completely different type of transportation altogether. It is a vehicular response to some unusual laws that Michigan has regarding the number of trucks, and the weight of those trucks, the country allows on the road.

Along with these weight laws, however, come some grandfather clauses that allow states to permit gross vehicle weights over 80,000 pounds if that weight is spread over five axles. Unlike other states, Michigan has certainly taken advantage of these laws. The typical semi-truck, commonly referred to as an eighteen-wheeler, has eighteen wheels spread over five axles, but Michigan has adapted its law to consider axle loads instead of a vehicle’s total load. More axles = more weight that you’re allowed to transport.

Break out your calculators! We’re about to get into the mathematical details to see how Michigan manages to have trucks weighing over twice as much as most semis across over twice as many axles barreling down their roadways!

How Many Axles Does a Michigan Train Have?

A Michigan Train is a super heavy truck allowed only on Michigan roads (and, when permitted, some Indiana roadways, as well). Aptly named, since a tractor hauling multiple trailers certainly does look like a steam train, these special trucks can have up to 11 axles (though many have fewer). Like a centipede with many legs, these trucks can stretch way longer than the typical semi’s 72 feet.

The Michigan Train is the result of the Michigan Trucking Association’s dissatisfaction with the federal law that gross vehicle weight must be capped at 80,000 pounds. After crunching the numbers, they determined that “an 80,000-pound truck weight limit would result in a need for 21,500 additional trucks [on the road], with…an annual operating cost increase of $77 billion.”

When worded like this, if truck drivers always operated in the way mandated by the federal government, it does sound wasteful. The Michigan Department of Transportation has determined that “Trucks are a critical component of Michigan’s transportation system and carry about half of the total freight moving in Michigan.”

To reduce the number of trucks on their state roads, Michigan sought to increase each truck’s load via the loopholes presented by those grandfather clauses, which hail from all the way before World War II. This roundabout way of measuring weight (by axle, not vehicle) gave Michigan the opportunity to manipulate how trucks driving on their roads can operate safely and more productively while still technically meeting federal regulations in a way that works for their state. 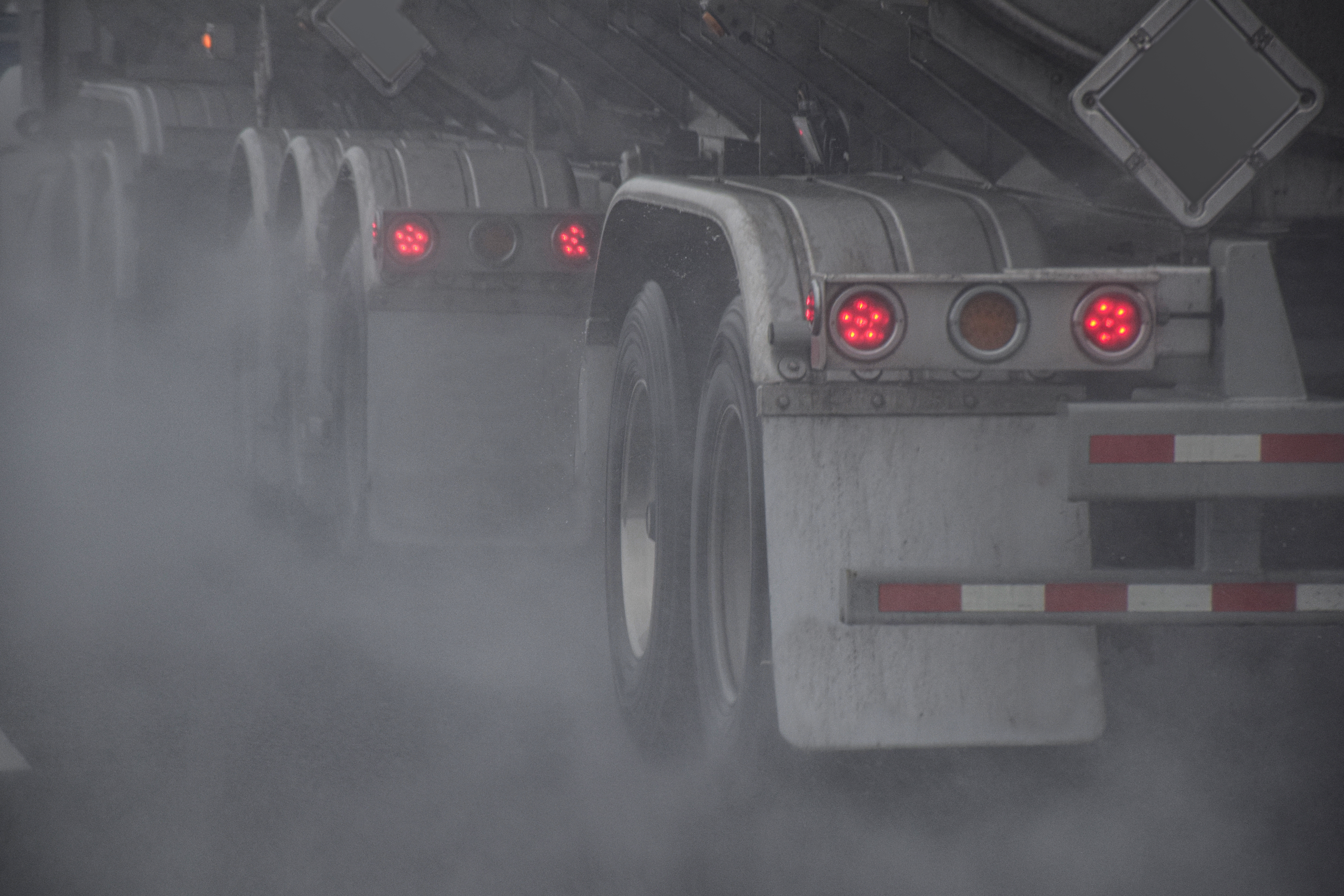 How Much Can a Michigan Train Haul?

Since their weight is measured differently than in other states, trucks in Michigan can weigh up to 164,000 pounds over their 11 axles, with each of these axles carrying at least 13,000 pounds.

If one Michigan multi-axle truck combination has 11 axles spread across two trailers and the tractor, its weight is distributed more evenly across each axle and tire, and actually is less weight per axle/tire than two national standard trucks (meaning two five-axle eighteen-wheelers). And here’s a fun fact: many engineers think distributing the weight of a truck like this, across many axles, actually presents less damage to state roadways since axle weight determines pavement damage, not gross weight.

Here’s a quick example of how this can look on the road, and why consolidating weight into one truck might be better than spreading it across two:

Construction is a major industry in Michigan, and many of these Michigan Trains are carrying gravel. One Michigan Train truck with two trailers is filled to capacity with gravel, the state permits it to weigh 154,000 pounds. Since an empty semi with a sleeper cab and two trailers can weigh around 55,000 pounds, that allows a single truck to carry almost 100,000 pounds of gravel. That’s a lot of rocks!

If transporting 55,000 pounds of gravel using two trucks instead of one long one sounds less efficient and more harmful to the road to you, you’re interpreting it correctly. Michigan might be onto something here with their “trains” to reduce traffic and preserve their roads!

The roads aren’t the only thing that works hard in the trucking industry; drivers do, too! Our drivers and their safety are just as important to us as the roads they travel. Pride Transport is a family of people who are passionate about trucks and serving their community. If you’re eager to work in the shipping industry, look no further! We’re hiring and in need of CDL-holders to join our fleet.

Don’t have an interest in driving? We have plenty of jobs for those who want to support the logistics and maintenance of our teams. Check out our other job openings. 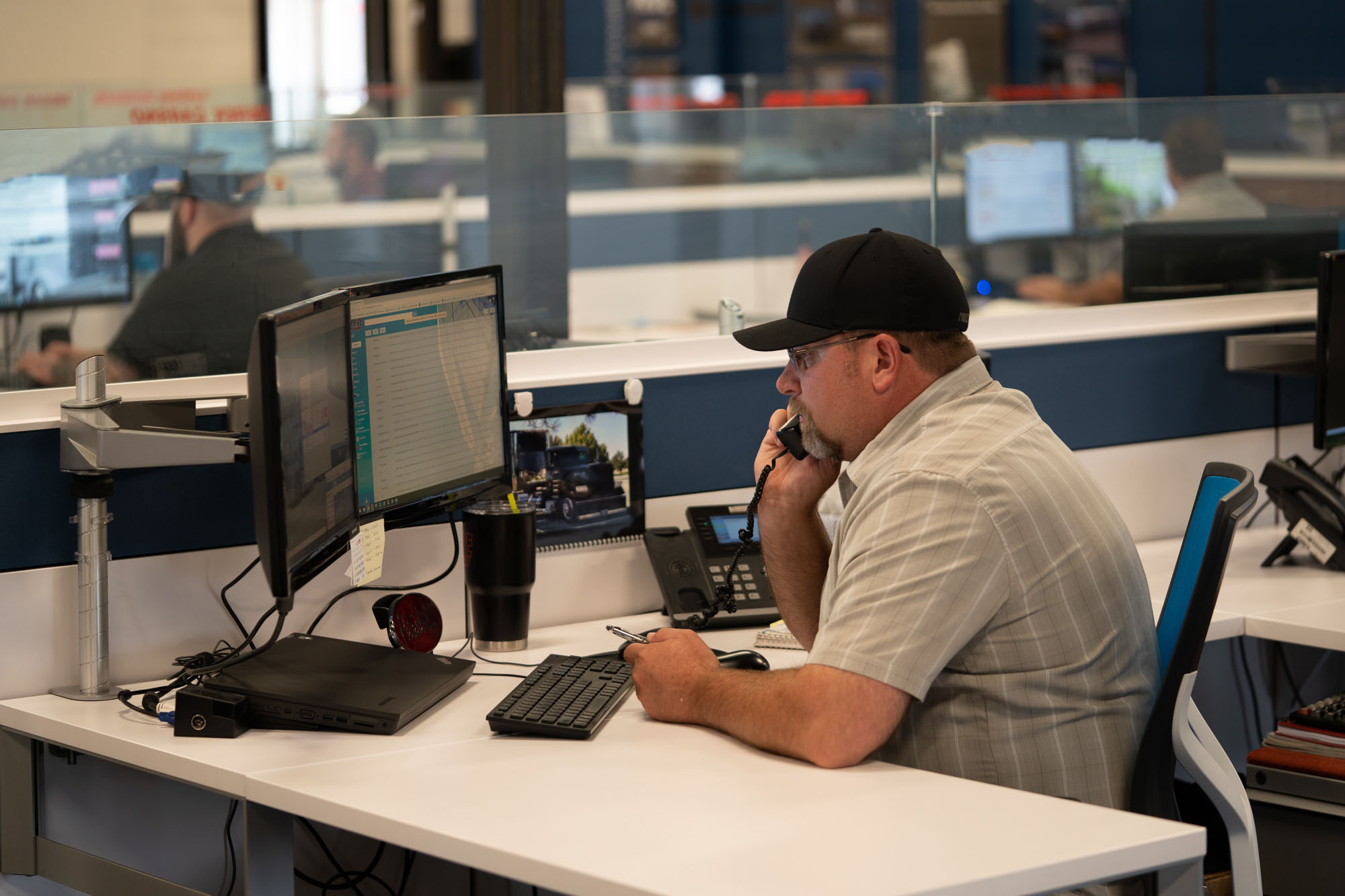