Truck drivers are no strangers to keeping the rules.

Driving legally and adhering to employer requirements and industry standards are constant requirements — and they aren’t the only rules out there for truckers. What about the unspoken rules? The courtesies, the jargon, and the social expectations? Long hauling might seem like a solitary experience, but there are plenty of unspoken conventions on the road that truckers should know.

We’ve asked truckers for their best advice and gathered up the rules you should know to keep things rolling smoothly.

Rule #1: Communicate With Other Drivers

“Don’t keep good information to yourself,” says Charles, a driver. “Tell people who are running with you what’s happening in front of you. Communication is the key. I want to know about an accident in front of me, or a gator laying in the hammer lane a mile down the road.”

Seems like a good idea, right? Much like regular drivers using apps like Waze to advise others of obstacles or hazards, truckers have the chance to jump on the radio and share valuable information with their fellow drivers. It’s so easy and fast to communicate with your fellow drivers. It provides an extra layer of safety and camaraderie, especially in dangerous conditions. Don’t be shy!

Rule #2: Watch Where You Park

“Don’t park on the fuel island!” says driver Jim. Same deal goes for the scale, or anywhere else that isn’t meant to be a parking spot. When your time is constantly tracked, wasting any while you’re in line or waiting for another truck to move along can be super frustrating. Pay attention, and make sure that any snack runs or other breaks are taken when your rig is well out of the way so others can keep moving.

Drivers should also be mindful of other parked trucks and try not to block them in. Remember, if they were already parked when you’re pulling in then it’s a good bet that they’ll need to hit the road again before you do. Don’t block them in! 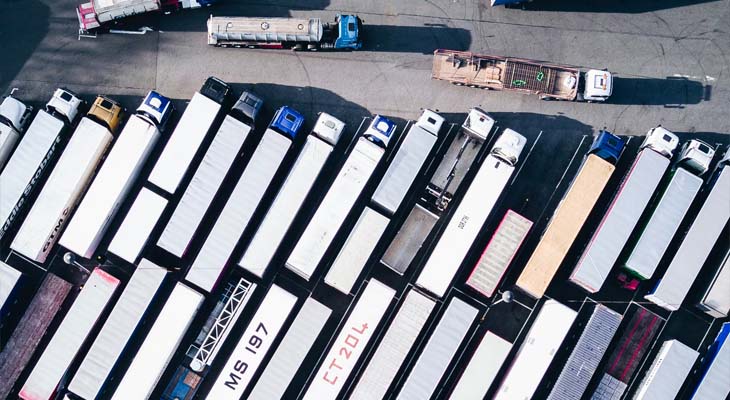 Rule #3: Give Other Truckers Some Space

There’s traffic laws, and then there’s traffic best practices. “When a truck is passing you, back off the throttle a little bit. Slow down,” says Don. “When you're ready to back into a parking spot, put your four-ways on so people won't try to keep going around you.”

Common courtesy is always a good idea, but there are specific things that are helpful for truckers. “If you're driving a reefer with an APU you never ever park next to a flatbed. Been that way for my 47 years,” Don says. The reason for that bit of courtesy is that reefers can be noisy and you don’t want to wake up another driver.

Here are some other ways to be considerate of other truckers: 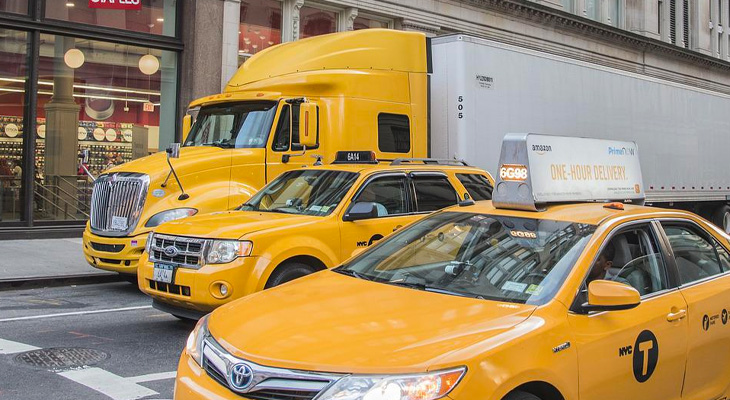 Rule #5: Don’t Talk About Your haul

It might only be small talk, but telling people what you’re hauling can lead to thefts. Cargo theft in the US in 2018 climbed to over $33 million, and only $7 million of that cargo was recovered, according to the FBI.

“There are some things about cargo theft that haven’t changed much over the years and there are many things that have changed significantly including new methods, targeted commodities, and the use of technology to commit cargo theft.”

Cornell points out that both straight theft and strategic theft happen to truckers. Protecting your information, both in speaking to people and in what you share online, will help combat that theft. It’s better to be discreet so no information gets to someone who may target your haul.

A word to the wise: Texas and Florida reported the most instances of cargo theft. Be extra careful in those areas.

You all know the “arm pump” kids will do when they catch your eye…and you know what to do! Honk that air horn. Be the hero. The trucker salute is well-loved by kids and truckers alike. It may be less common than it used to be, but you’ll still make the day of that child (or bus full of kids!) who are hoping you’ll send a “hi” their way.

If you have a favorite story about honking for a kiddo you can share it at Honking Heros, a website built to share about how the trucker salute brings fun and happiness on the roads. The movement was started during the pandemic, but it is still ongoing! The site says:

“We wanted to bring back the simple, yet ebullient tradition of the trucker’s salute – something that puts a smile on children and truck driver’s faces, everywhere. Somewhere along the way it’s lost popularity, but truck drivers remember. We’ve heard many of them say how a simple horn honk requested from a kid makes their week.”

If you’re looking for a new job in trucking where you can be be the Honking Hero, visit Pride to learn about career opportunities.