In 1975, country singer C.W. McCall had a massive crossover hit with his song “Convoy.” The song hit the top of the country and pop charts and spawned a bunch of movies, TV shows, odes, and sales on citizens band or CB radios.

A lot was going on in McCall’s famous song, good guys, the truckers, fighting bad guys, State Troopers, and a big show of camaraderie between the men and women who called the open road their home. But, there was more going on; there was political and social protest as well.

During the ’70s, there was an oil crisis, lines at gas stations were long, and stations often ran out of gas. On top of that, the government put a 55 mph limit on highways. All of this made life for the truck driver pretty miserable. McCall’s song turned from a novelty tune about truck drivers speaking in their CB code to an actual full-on political protest song.

Sales of CB radios shot up, and regular people started using them to connect, listen in and entertain each other. Sort of a precursor to social media. Along the way, the truck drivers’ lifestyle became attractive to people and started them thinking about the romantic life waiting for them on the road in a truck.

What’s the point of all this? We’ll tell you. Some may be mistaken when they think about truck drivers, imagining that all drivers haul radioactive fluids or livestock across the country. Some do, some don’t. There are three types of truck driver jobs; only one will get in the world of the song Convoy.

Here are the three significant types of trucking routes drivers may encounter and what makes them different.

When the song begins, we hear The Rubber Duck calling his fellow drivers on the CB. In the movie version, it’s actor Kris Kristofferson calling out to his cohorts. The Duck is heading to New Jersey, driving across the country. In this scenario, The Duck is what is known as an OTR driver -Over The Road.

OTR drivers haul freight over long distances, spending up to three to four weeks on the road. They are usually on routes that cover all of the United States and into Canada. It is that classic, romantic version of the American trucker. Living on the road, skirting the grasp of the cops, and just trying to make an honest living.

OTR drivers carry all types of items from heavy freight, machinery, construction materials to lumber and even livestock.

OTR Drivers also have to contend with long periods on the road, which means they spend a lot of time away from their homes and families. However, once the trip is over, OTR drivers often enjoy extended periods off since they have worked for several weeks in a row.

OTR drivers log a lot of miles. This is a plus if you’re a driver looking to see more of the country, you have nothing tying you down to any one place, and you like spending time on long drives.This arrangement appeals to those that like the nomadic lifestyle, the roamers and free-spirited types. The extended downtime post-haul is appealing to a lot of people who are seeking this kind of lifestyle.

OTR driving is challenging, with extended hours alone in the truck and lots of miles to cover. If you are a family person, you’re away from them for long periods and, usually, just when you’re back and settled into a rhythm of life, you’re back on the road for another month or two. To combat this however, many bring along partners, spouses, kids or their dog, to keep them company. But there are those that definitely enjoy being alone.

OTR truck drivers are the backbone of the supply chain in this nation, keeping the country moving. Without them, we’d be lost. 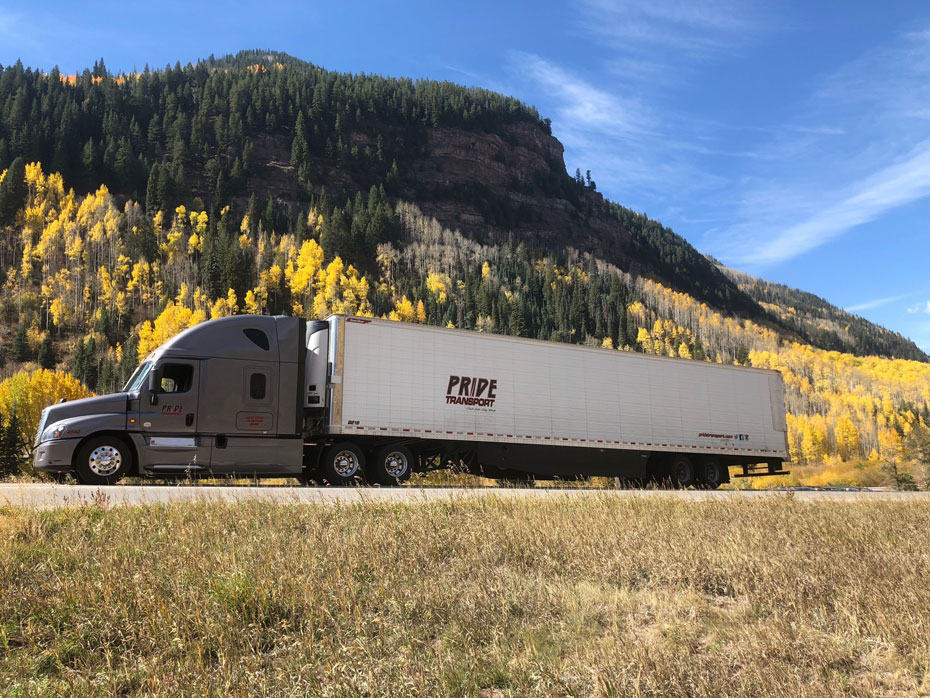 Regional drivers are those who work in a specific part of the country, known as a region. This might mean the Southwest region, which encompasses Arizona, New Mexico, Texas, and Oklahoma. The Northeast region contains Maine, New Hampshire, Vermont, Massachusetts, Rhode Island, Connecticut, New York, New Jersey, and Pennsylvania.

Drivers who do regional routes most often drive for predetermined distances within a certain number of hours.

This type of trucking job has a little of both, the long-haul-see-the-country experience, as well as time home with family and friends, providing a better work/life balance.

So, the main difference here is although regional drivers cover a lot of ground, they are not on the road for weeks at a time, and they remain within a predetermined region of the country. OTR drivers cover the country and into the neighborhood to the north, and they are out for long stretches.

What they have in common is that they too keep this country supplied and operational, and, without them, life would be pretty grim.

Local drivers, also known as interstate drivers, stay on a particular route within a town or city or any predetermined area, generally within a state’s boundaries.

The income potential for local drivers can sometimes be lower than OTR and regional drivers; however, the trade-off is local drivers usually get to go home to their families every night or, at the very least, several nights per week.

Local drivers are “real” truckers, and just because they don’t haul across the country, it doesn’t mean they are not as vital to the country’s continued success. They are a critical component to the “final mile” supply chain. A local driver must have a CDL, driver training, and know all the rules that OTR and regional drivers need to know. In fact, many local drivers take interstate (leaving state boundaries) loads on occasion, to get their fill of being on the open road.

The Rubber Duck may not have mentioned them in the song Convoy, but another class of truck drivers is worth mentioning. And those are the vocational drivers.

This refers to drivers who take care of specific jobs and tasks. This includes those who drive dump-trucks, side dumps, garbage trucks, concrete trucks, rail trucks, and the list goes on.

These types of rigs are usually found on construction sites, oil fields, and landfills, to name a few.

Vocational drivers make a little more money because they’re required to be present for long days in harsh working conditions.

There is no worry about loading or unloading for vocational truckers as most loads are bulk; trucks are loaded by other machinery, and there are no docks for loading and unloading. Their drives are usually short and are often city routes moving between load and unload.

Vocational drivers spend more time with their families and usually have weekends free.

It cannot be stressed enough that professional truck drivers are vital to the nation’s economy and the well-being of all the people living here. Without truck drivers, the country would collapse, and that is not an exaggeration.

C.W. McCall’s song got truck drivers more notice. It’s funny when you realize C.W. McCall isn’t a real person, he is the creation of advertising man, William Fries and the song Convoy originally started as an ad for loaf bread. Despite this interesting origin story, McCall’s song was a hit, and it opened the way for truck drivers to get more respect and more understanding from the general population.

The life of a truck driver is a little bit romantic, it’s exciting, and when you consider all that truck drivers do for the nation, it’s noble work as well. It’s also a great way to make a living. If you’re interested in trying this lifestyle, why not try it with one of the best companies in the industry. Talk to the folks at Pride and see what life on the road can do for you.

The significant difference between these three is the time on the road and the distances covered. What they have in common is that all three versions of trucking are vital to this country. 70% of goods in this nation are moved by trucks. There would be serious trouble if those drivers stopped working. This includes OTR, regional and local drivers; they are all necessary for keeping the country moving and supplied.