Hank and Me, A Truck’s Story

You can call it luck, kismet, fate, or destiny. I don’t know, I really don’t. I also don’t spend a whole lot of time thinking about it. It is what it is, I say and that’s good enough for me.

But, now and then, some late-night truck stop in the middle of East Butt Cheek, as the sun sets and the day starts to slide off, we’ll get to talking and then, that’s when I realize how lucky I am to be part of the Pride Transport team.

When I hear some of the stories about these so-called mechanics tuning up some of the other guys and getting them road-ready for the day, I think, really? That’s all they do? That doesn’t seem like they take the time and care that’s needed to keep us moving the long haul. Keep these divers safe. But, I don’t say much, I don’t want to brag or rub salt in the wound. I just blink my headlights, rumble my commiseration, and thank my lucky stars. 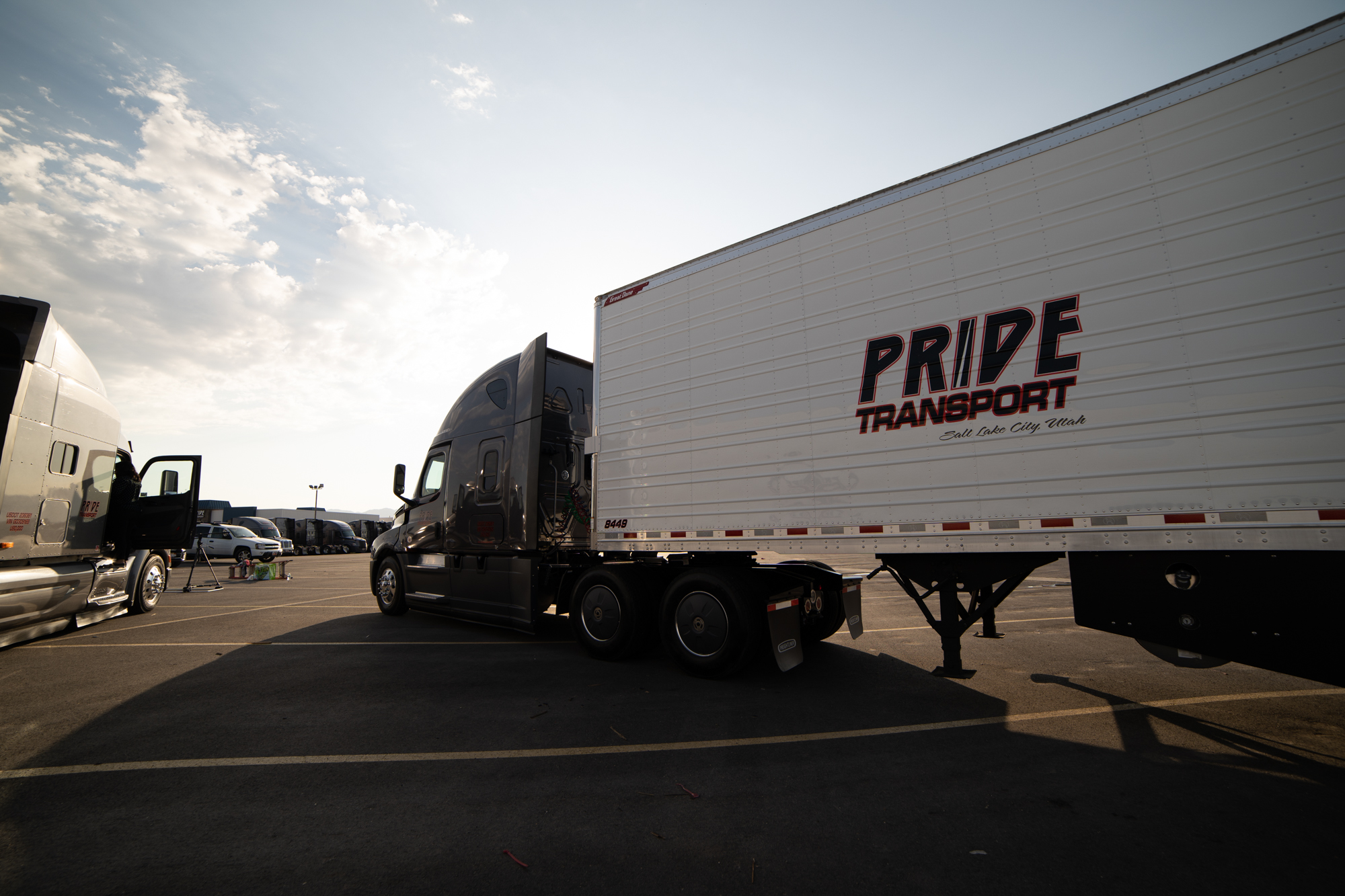 My name’s Abner. I rolled off the line in Denton, Texas not too long ago. I’m a Peterbilt 579 and I am proud to say, I am a part of the Pride Transport trucking team.

Where we go once we’re up and running is anybody’s guess. Sure, we can dream and hope but, the choice of final destination is made by better minds than mine. I just got lucky. Really lucky. And believe me, I don’t ever forget it.

Hank is my partner. He’s been sitting behind my wheel for six and half years now and, he’s just one more reason I feel lucky to be part of this team.

Yo get to know a driver over the years. How he handles the road and what he expects from you. We both have a job to do and we both know our job and work hard to make sure we’re safe and getting to where we need to go on time and in one piece.

I started as a trainer

Hank was my first full-time driver. I spent a few months with drivers who were training. That’s a tough one. Nothing against new drivers, we all have to start somewhere but, they are new. They’ll grind my gears, turn down one-way streets, the wrong way, take a month and a half to back into a loading bay, the usual stuff. I did my best to be patient and supportive but, now and then, I had to let out a little rumble, a little blast, let them know, they needed to pay a little more attention.

Then, one morning, Beth, one of my favorite mechanics, was doing the morning check and she told me I was being sent on the long haul. My time had come. I was graduating from a training truck to an actual, on the road, long haul truck. Man, I could barely keep it together. Finally, the open road. A chance to see this country. A chance to kick out the cobwebs and show ‘em what I could do.

I sat in the parking lot, waiting for my driver and that’s when Hank walked up. He was quiet. Really quiet. He didn’t say hello to me, he didn’t say much more than “thanks” when Beth handed him the keys. He did his inspection, checked what needed to be checked and then he got in and off we went. 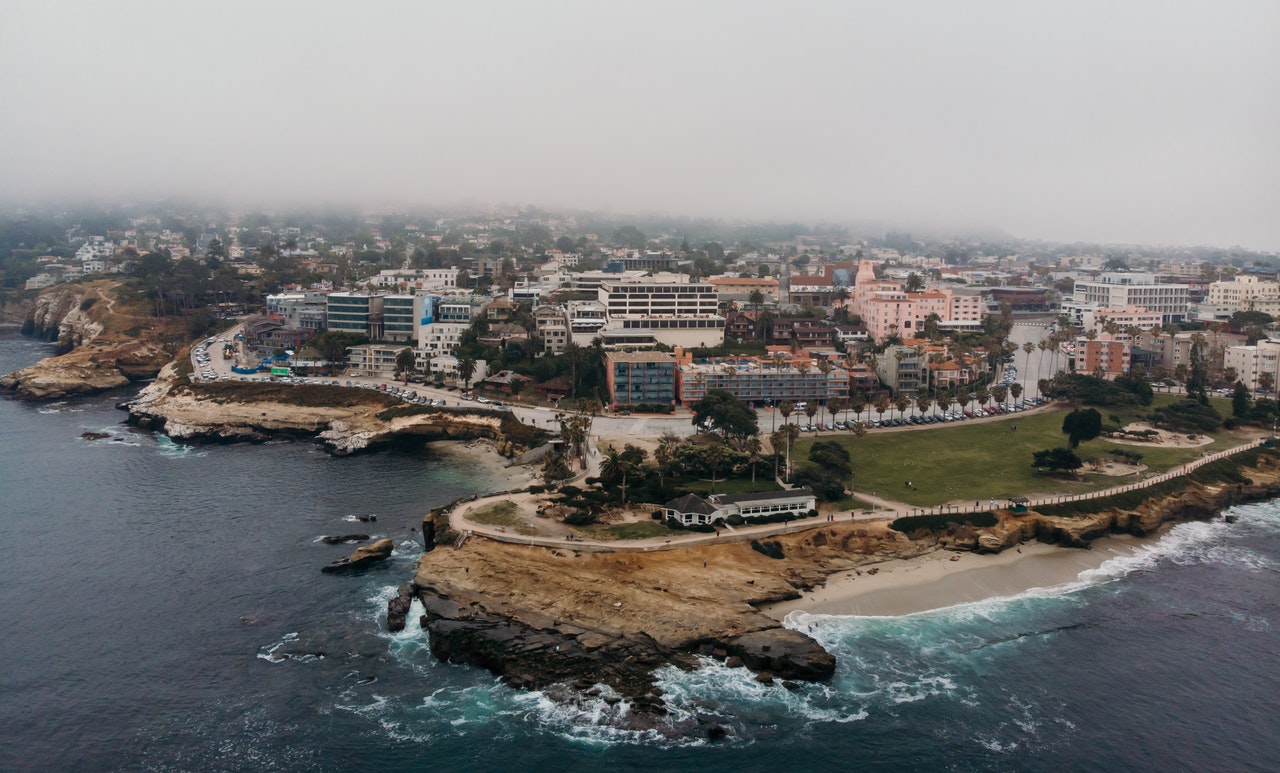 Our first trip was pretty easy, Salt Lake City to San Diego California. That’s a quick ten hours and fifty-three minutes on I-15 heading south. I was excited to see California and the ocean. Back in Denton, Texas, I’d only seen Lewisville Lake, which is nice but, it’s not the pacific ocean. Man, was I looking forward to seeing that.

I couldn’t figure Hank out. He didn’t talk at all. He didn’t yell at the other drivers on the road, you know, the ones in cars who think a truck can stop on a dime and they just swerve right in front of you. Every time one of them holiday yahoos slipped into our lane with barely a breath between our bumpers, I’d clench up, brace of impact. But Hank, he was cool as a spring breeze, He was in control. At first, I thought, this guy has no idea what’s going on. I had better stay alert, I’m driving for both of us now.

On we went. Him saying nothing, me keeping my headlights wide open making sure no yahoos caused us grief.

About two hours in, he turns on a book on tape. Not music. Not good ol’ fashioned road music … a book on tape. Well, this is gonna be a nightmare I thought and settled in to be bored. But, you know, it wasn’t too bad. The book was On The Road by some guy named Jack. I had a little trouble following it, the language kinda bounced and danced … like poetry. But it wasn’t half bad and by the time we hit our first truck stop to refuel, the miles had just drifted by.

We fueled up, he got something to eat, checked my fluids, and made sure everything was cool and we were back on the road. He was still quiet, still listening to the book. On we rolled to San Diego.

End of the Trip

We made good time into San Diego, dropped off the load, and had some time to kill before we headed back to Salt Lake.

I noticed Hank was easy with the lumpers and everyone greeted him by name. He was funny and social, a bit removed but, he seemed to be well-liked. When I was fully unloaded, he chatted for a bit and then headed back to me. He stood there for a moment and then, from his pocket, he pulled a candy bar. Mounds. He leaned on me and said, “Always have a mounds at the end of a run. “Then, he ate his reward in silence. When he was done, he walked off toward a trash barrel, dropped in the wrapper, and stretched. I had no idea what to do, what was gonna happen, where we’d go from there.

He came back, opened the door, started to climb in and said, “let’s go see some big water.”

We drove to La Jolla. The beach was pristine. The water was so blue and ….it was huge. I was stunned. Hank parked, kicked off his shoes, and walked on the beach for a while. I just looked in awe at the expanse of the Pacific. I wasn’t in Denton anymore.

Hank came back, wiped the sand off his feet, put his shoes back on, and then put his hand on my hood. “Sorry you couldn’t walk the beach with me, partner, maybe some other time,” he told me and then got in and we headed back to Salt Lake.

It's been some time

Hank and I have been together for a long time now. We’ve been to the west coast hundreds of times. He found a beach he could drive me on a little, that was great. Sand under my wheels, nothing like it.

We’ve logged a lot of miles and listen to Kerouac, Chaucer, Shakespeare, Stephen King, and baseball. We love listening to baseball.

We’ve been quiet too. I grew to accept and appreciate Hank’s long stretches of silence. Thinking time, we call it. Always stuff to think about on the road.

We’ve come to trust each other. I learned that Hank didn’t get upset at the yahoos, didn’t yell or curse. He was always friendly at truck stops and he was always kind to people who needed help on the road. If we saw someone with a busted tire or in trouble, Hank was always pulling over to help.

When the weather was bad or the road was rough he’d lay a hand on my dashboard and say, “here we go partner” and I knew that meant stay alert, stay clear and we’ll get through this together. And we always do.

Like I said at the start of this, I don’t know if it was fate, luck, or just destiny but, I have a pretty great life. I have a great driver and a great job and I’m part of the best trucking company on this planet. From the dispatchers to the mechanics all the way up to the guys who own the business, Hank and I get treated with respect and care.

I have a lotta years left in me and I hope I get to spend them all with Pride. I have to say, I look forward to every day when Hank opens that driver’s door and says. “Okay, partner, let’s drive.”