5 Reasons Why We’re Thankful for our Drivers

Sometime in October 1621, according to Edward Winslow, 53 Pilgrims and 90 Native Americans gathered for three days, feasted, played games, exchanged gifts, and gave thanks for their first harvest in the New World.

The Pilgrims had a lot to be thankful for; they had survived to the first harvest, their voyage for religious freedom seemed to be paying off, and they had made friends with the indigenous people in the new world. Without whom, it should be noted; the Pilgrims would be dead. As for the Native Americans, their regret and trauma would come decades later, but, for the moment, they had bonded with these helpless white folk, and they were happy to share their food, their land, and their culture with them. All were thankful, and thus, we had the first thanksgiving.

It is a tradition among many families that before the bird is carved, the taters are buttered, or Aunt Martha’s questionable yam and rhubarb casserole is stealthily omitted from the table fare, to go around the table and ask why each person is thankful. It’s a grand tradition full of love and laughter, and sometimes information that really shouldn’t be shared at a public gathering.

We here at Pride don’t have a table big enough, but if we did, we’d gather all our drivers and tell them how thankful we are for what they do. Since that’s not possible, we will take the time right here and share five reasons we are so thankful for our drivers.

For drivers, the holidays mean something very different. They are extremely busy during the holiday season, on the road seven days per week, and pushing the limits of their hours of service regulations.

This means they drive all night long, driving through extreme weather, driving on roads filled with holiday party goers. Remember that this is a very tough time for truck drivers, and we are thankful they are willing to do the work.

Without truck drivers, there would be no Thanksgiving meal

Just looking at Thanksgiving alone, on average, every year, 46,000,000 turkeys are delivered by trucks. That’s a lot of turkeys, and not one of them would get to your grocer, then to your oven, then to your lower intestines, if it weren’t for truck drivers.

Without truck drivers, the shelves at your local food emporium would be as bare as Cindy Lou Who’s house post-Grinch. It would be terrible.

You plan a great holiday feast. You plan snacks and treats for when people may just drop by; you plan that horrific clam dip that you use “klams” for. Then, off you go, list in hand, to the grocery store and you just expect that all the cans of pumpkin filling and vegetables, the roast beef, the cartons of chicken stock, condensed milk, all of it will just be there, and it is. But do you know why it is? Because of truck drivers.

Truck drivers are keeping an eye on us all

The men and women who sit in cabs high above the highways and byways of this nation, captaining the 40-ton big rigs that keep the country fed, clothed, and running, have seen some things. They’ve seen people on their phones, putting on makeup, and even reading books while driving. They’ve seen people in flagrante delicto and worse, or better depending on how you look at it. They know things because they’ve seen things and because they drive professionally, they know what is safe and what is just flat out crazy.

Truck drivers are not only looking out for themselves; they are looking out for those with whom they share the road. They know that the average driver doesn’t understand a truck takes about a football field’s length to come to a complete stop. A truck has to slow down, going up hills, so tailgating and honking don’t help. And that most people are driving distracted, talking on a phone, dealing with their kids, eating lunch, about 60% of the time. Truck drivers cannot afford to do that, and so, they stay alert because the rest of us seem to be lacking in that skill.

They honor our vets and help place wreaths 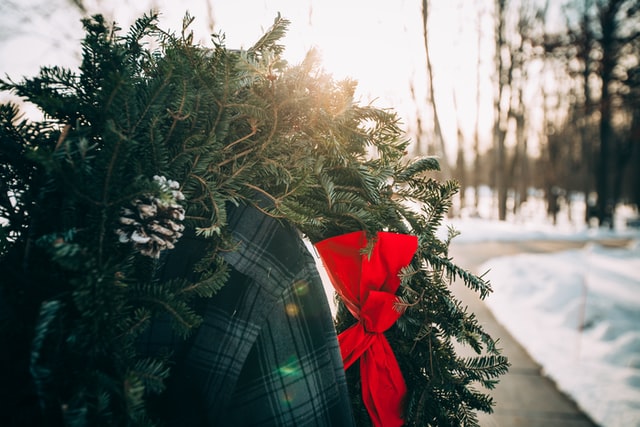 Much like truck drivers, we often take our veterans, the men and women who have fought to keep us free and safe, and those who have, as Lincoln said, made the last full measure of devotion for granted. Truck drivers may be fine working behind the scenes and not making a big deal about how they keep this nation running; however, they are not about to let our vets be forgotten.

Every year, truck drivers help place 3 million wreaths on the graves of veterans. It’s true; without truck drivers, the Wreaths Across America project wouldn’t exist. Every year drivers deliver wreaths so that volunteers can lay them on the graves of fallen soldiers. These wreaths end up adorning the graves in over 1,200 participating locations across the country. Thousands of fallen vets are remembered and memorialized because of truck drivers. Pride is proud to participate in this event every year.

They move 10.5 billion tons of freight every year

It is not at all hyperbolic to say that the country would simply shut down if it weren’t for truck drivers. Nearly 71% of all freight that traverses our nation does so on a truck. From daily basics like food and water to gag gifts, impulse buys, snacks for the big game, and all those Christmas gifts you’ll be ordering online this year will travel from distributor to your home via truck.

All that comes to roughly 10.5 billion tons of freight delivered by trucks every single year. As the pandemic rages and more people are stuck at home, the amount of cargo that’s being delivered to our doors by trucks is going to increase exponentially.

It’s a fact, without truck drivers, our nation would stop and fade into chaos in a matter of months.

Those are just five reasons off the top of our heads. There are so many more. We’re thankful that truck drivers are aiding the government in the fight against human trafficking. In 2018 alone, more than 10,000 cases were reported by truck drivers.

Truck drivers deliver and aid charities all across the nation, moving food, clothing, and sundry donations for the needy year in and year out.

Truck drivers make us all smile by blowing their horns when we do that honk your horn arm pump.

We cannot express all the things we are thankful for that our great drivers do for us and this country every day. For now, we will simply say thank you, and we know in our heart of hearts that this world would be pretty terrible without you.

Happy Thanksgiving to all, and especially to our drivers; thanks for doing what you do.

Previous Article
Truck Drivers: A Day in the Life
Next Article
Women in Trucking: Anne Alldredge
Share this article